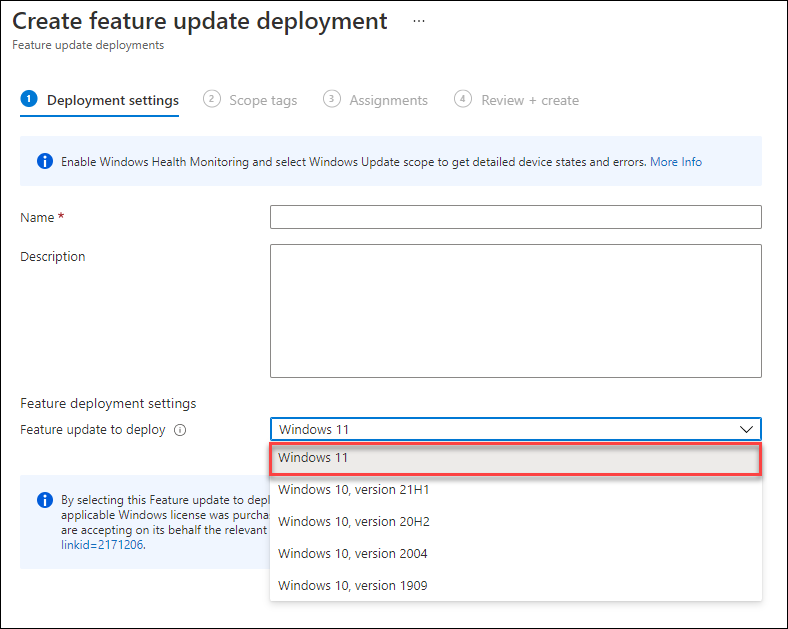 Tomorrow, on October 5th Microsoft will make Windows 11 Generally Available. Many of my customers already asked if this will have any impact on their existing deployment rings. Here is what I know so far.

If you use Windows Update for Business policies, you will need to use the Target Version capability (either through policy or the Windows Update for Business deployment service) rather than using feature update deferrals alone to upgrade from Windows 10 to Windows 11. Feature update deferrals are great to move to newer versions of your current product (for example, Windows 10, version 20H2 to 21H1), but won’t automatically devices move between products (Windows 10 to Windows 11).

I already explained the concept of Feature Update Deployments in my article: Configuring Windows Update for Business settings for your Microsoft Endpoint Manager managed Modern Workplace

Don’t worry, your Windows 10 devices configured for Windows Update for Business will not automagically start updating to Windows 11, you need to explicitly set this configuration using a feature update deployment setting. You can also use this setting to start your testing though, so it might come in handy.

1 thought on “With Windows Update for Business configured, will my devices automagically start updating to Windows 11?”